A New Dawn for the Newborn

As 194 governments endorse the Every Newborn Action Plan, a neglected population receives its needed focus and the path to achieving MDGs 4 and 5 becomes clearer 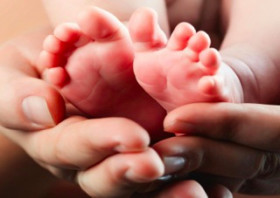 The endorsement of the world’s first plan to eliminate preventable newborn deaths and stillbirths by the World Health Assembly in Geneva today marks a new dawn for the newborn.  All 194 governments who endorsed the Every Newborn Action Plan are to be congratulated on this historic commitment to the health and development of babies.  The global community has now fully embraced a neglected population – the 5 million newborns and stillborns who die every year and the millions of mothers, fathers and families who have been on the sidelines of the child survival revolution to this point.  But not any longer.

With only 587 days remaining in our race to achieve the Millennium Development Goals, it is abundantly clear that – despite our great progress in reducing maternal and child deaths – we will not be able to reach the finish line without putting the smallest and most vulnerable babies and their mothers at the top of the global health and development agenda. With nearly half of all child deaths now occurring in the first month of life, there is wide recognition that reducing newborn deaths is the final frontier in the battle to end preventable child deaths and create the world’s healthiest generation of children. By including the 2.6 million stillborn babies in the global child survival agenda for the first time, we have taken a major step forward for the millions of families who have suffered silently and for the babies who have died anonymously. 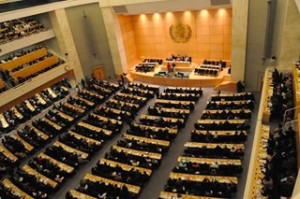 The 67th World Health Assembly was the occasion where 194 governments endorsed the Every Newborn Action Plan.

The Every Newborn Action Plan gives us six big, bold ideas to drive the next wave of progress, and our collective success will depend on how effectively we turn these ideas into action:

In conclusion, there is simply no reason to fail. We have the evidence: the Lancet Every Newborn Series. We have the action plan: the Every Newborn Action Plan. We have the financial resources and the technology. Now we just need to match these to the leading causes of death and disability, including maternal/newborn.  Most important, we have the global movement – Every Woman, Every Child – that carries the personal seal of the UN Secretary-General. We need to build on this movement so that it survives the Millennium Development Goals era and ensure that it shapes even more profoundly all aspects of the new Sustainable Development Goals. Because we should not be content with just keeping women and children alive.  We have to make sure lives are worth living and that the investments we make now in keeping mothers and babies alive ultimately transform the futures of individuals, families, communities and nations.