This article was originally posted on LinkedIn as part of a series in which LinkedIn Influencers share their secrets to being more productive. 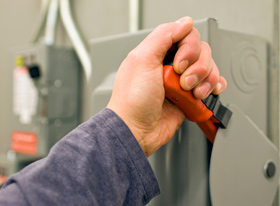 When the clock is ticking (which it always is) and I know I have a limited amount of time to produce a great impact, I look for the “simple switch” that can make the biggest impact. As I attempt to de-clutter my mind, it becomes easier to see the one simple solution that’s almost always right there. The “simple switch” creates a cascading effect, addressing multiple problems with one resolution and increasing my productivity exponentially. Problems might be multifaceted and complex, but solutions don’t need to be.

Take malaria. The disease has been around for thousands of years (possibly the killer of King Tut!) and when I signed on to help the United Nations defeat it, one million children were dying every year from a mosquito bite. These deaths were occurring largely in Africa, often in remote places with poor access to treatment, which itself was frequently ineffective. And yet, malaria is preventable. How? With a “switch” that weighs and costs less than a pizza pie: an insecticide-treated bed net.

This lifesaving tool costs less than $5 and protects up to two people each night, for up to three years. Because the mosquito that transmits malaria bites humans only from the late evening through dawn, when most people are in bed, it provides the most effective protection against the disease. Furthermore, the net is impregnated with insecticide, which kills mosquitoes on contact, not only protecting the individuals inside the net, but protecting the community at large by helping to eliminate the vector, or carrier, of the disease. The mosquito net has not only been a powerful switch for how we approach and implement malaria control, but it’s a big hook for how we share the story and advocate for the resources to save lives. The tangible net — providing protection from the mosquito bites we all can relate to — became an icon for defeating malaria. The simplicity of the net was distilled into “$10 buys a net, saves a child’s life” (the price has since fallen). Elevated public awareness made it more feasible for government leaders to increase funding, and funding was and continues to be the essential component in combating malaria. This has led to the delivery of over 500 million mosquito nets, which have helped to halve child mortality from the disease.

Something that seemed hopeless was transformed by focusing on an already proven intervention. By leading with the bed net we’ve swept the other interventions, like diagnostic tests and treatment, along with the momentum.

Five years ago when I was in Benin, a small west African country, one of forty four African countries beset by malaria, the President asked me to help him develop a malaria strategy. It dawned on me that, much like Florida orange growers, African countries should form a cooperative. We now have forty nine heads of state who are members of that new cooperative – the African Leaders Malaria Alliance (“ALMA”). They meet twice a year and share best practices, joint procurement, legislative principles, etc. ALMA’s leadership and existence has greatly reduced the frequency of my and my team’s visits to Africa. Another “simple switch to be flipped” that has completely changed how the fight against malaria is organized.

Sometimes the best way to be productive is to sit back and quietly look for that one simple switch. It can change your life, and from my experience, potentially the lives of millions more.