Commentary: A Roadmap for the Inevitable Transition in Development Assistance 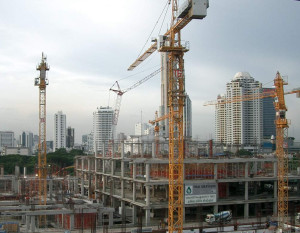 The much talked about “transition” of development assistance for health is underway, and we are in need of clear country and regionally specific roadmaps to manage it. There will be no “one size fits all” approach, but without an explicit recognition of, and a holistic conversation about financing the transition, we risk leaving those least equipped to handle it behind.

As has been outlined in scores of reports, economic growth in Africa is at an all time high. And many of those countries are investing more and more into their own health systems. Overseas Development Assistance (ODA) has traditionally paid for the marginal and incremental cost of health care, and often focused on providing support for life-saving commodities. The majority of health care spending in most countries is absorbed by the countries themselves. The challenge, of course, is that ODA is volatile and, given the economic transition underway in many ODA recipient countries, the funding is under consistent political pressure — prompting the question of “will we have to keep paying for this forever”.

While ODA clearly must continue, there is a need to more explicitly recognize its changing role. It is important to note that this is not an argument for decreasing ODA — as in some cases, increases may be well justified — but we should endeavor to use the right tool for the right issue. Development assistance should be able to, for instance, take greater risk. It should be able to address the most marginalized populations, which are often the reservoirs of mortality. It should be used as leverage, and to politically prioritize risk groups and activities that would otherwise be difficult to fund. It should be used to obtain better prices through bulk procurement, and it should be used to fund the unforeseen, such as the current Ebola epidemic. Obviously, the more we can consolidate and coordinate all of the above, the better.

If we are able to increase our collective comfort level with this construction of ODA, there would be support from even the most conservative of voices. Against the backdrop of economic growth and the inevitable barrage of emerging issues, which require funding, becoming comfortable with this reality is a necessity.

This transition requires active management, or there is significant risk it will leave those people at greatest risk behind, as transitions so often do. We should strive to move past the aging debates around “sustainability.” A word that, For far too long, funders have used as an excuse not fund something, simply because a country would be unable to do so on their own.

Very few things are sustainable if they are not planned for, and sustainability requires a roadmap. For example, a 15-year roadmap, with 5 year “chunks” could allow for true financial and operational planning. With fewer than 500 days left until the Millennium Development Goals come due, there could be no better time to begin this process. As part of this roadmap, we need to put on the table the various instruments at our disposal to create on-ramps for each chunk of each roadmap for the future, including grants, credits, loans, guarantees, social impact bonds, and many others – all of which we should move from “fringe” to “core”..

Many of these examples of “innovative financing” are used daily in financial transactions around the world. A challenge in their application in the development sector, has been the relatively small size of such offerings and the associated high transactional friction related to them. Exciting conversations to amend this is now underway within the World Bank Group and USAID, as well as by leaders such as the Case Foundation. What we need now is a “precedent setting” offering of substantial scale. Doing so would take the conversations about diversifying our funding base to a different level, and can also help us embrace upcoming “graduations”.

Finally, a managed transition will also have the benefit of diversifying the new funding base by bringing novel stakeholders. Local businesses, emerging philanthropists, companies, investors — all of these parties have a stake in a successful transition.

For instance, one of the most exciting elements of the investor-based opportunities is the notion of “paying for performance” and “independent evaluation”. Variations on this theme have been put into action by a number of actors – including multilateral institutions, such as the Global Fund to Fight AIDS, TB and Malaria as well as the World Bank’s Health Results Innovation Trust Fund (HRITF). Linked to the powerful notion of measuring “lives saved”, as championed by USAID at its June “Acting on the Call” Summit in Washington DC, major strides are being made in measuring results and paying for outcomes.

The challenge will be to keep these and other innovations simple – with as few moving pieces as possible, keeping transaction costs in mind at all times. We are not always terribly good at this, but it is essential that we resist the urge to make these transactions overly complicated for scale to be achieved. However, if successful, these innovations will greatly assist with the transition and diversify the funding base.

These and many other exciting opportunities await for those willing to embrace the transition. Let’s involve all stakeholders and get to work on that roadmap.