Commentary: With 500 Days Remaining, We Must Stay Focused on Women

MDG Health Alliance Vice-Chair Leith Greenslade discusses the impact that focusing on women has had in driving MDG progress, and the need to double down on these efforts in the remaining days. This piece was originally posted on the UN Foundation blog Global Connections. 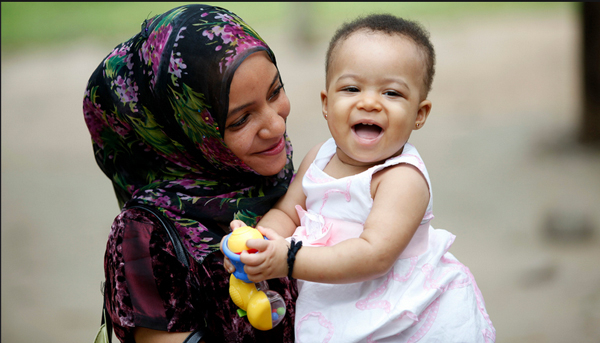 Jenni Lee, UN Foundation: Both child and maternal mortality rates (MDGs 4 & 5) have been cut nearly in half. What are some of the reasons for this progress?

Leith Greenslade: I really believe that the great lesson of the Millennium Development Goals is that women hold the key to development. The countries that have delivered the greatest gains in education for girls, jobs for women, and health care for pregnant women and new mothers are the star performers of the MDG era. All of the countries that have transformed maternal and child health have also achieved rapid reductions in fertility and strong increases in female literacy and labor force participation, which have created a strong foundation for the kind of development gains that are sustained and irreversible.

If there is one other big takeout for me, it is that when health systems put the needs of the most vulnerable woman first, they can achieve transformations that would have been unimaginable to earlier generations.

All of the MDG 4 & 5 star performers have pushed health care as close to the front door of the most disempowered woman as they can, in most cases by employing networks of local women to become community health workers. These women go door to door in many cases delivering contraception, educating women, and diagnosing and treating on the spot the leading threats to children – such as pneumonia, diarrhea, malaria, and malnutrition – and referring to hospitals where necessary. They generally pay house call after house call, lifting the level of health knowledge and behavior in communities that have no formal health infrastructure. These networks of women health activists have also mobilized the most disempowered women to stand up for their own health and the health of their children and to demand better care.

JL: How has the creation and adoption of the Millennium Development Goals helped spur progress on maternal and child health?

LG: Having specific MDG targets is a critical factor in our success to date – there’s no doubt about that – but when the UN Secretary-General elevated the issue of women’s and children’s health and created the Every Woman Every Child movement in 2010, things really started moving. Women’s and children’s health emerged out of the shadows of public health and a global movement that welcomed all actors started to grow, and grow, and grow. Now I would say that women’s and children’s health is not only at the top of the global health agenda, but also a part of the mainstream economic agenda as the development community and political leaders appreciate that there is a relationship between women’s empowerment, economic growth, and social development.

JL: Despite the gains we’ve made, too many mothers and children die are still dying. What are some of the solutions we should focus on over the next 500 days and beyond to keep more women and children healthy?

LG: This is a critical question and the answer is very simple. Over the next 500 days we have to focus all of our efforts on reaching the populations where maternal and child deaths are concentrated and deliver directly to them the tools they need to protect themselves and their families from the leading threats to their health. This means we need to reach the most vulnerable women and children in India, Nigeria, Pakistan, Democratic Republic of Congo, China, Ethiopia, Indonesia, Angola, Bangladesh, Kenya, Uganda, Tanzania, Afghanistan, Niger, and Chad as an urgent priority.

These women should be first in line to get quality care during pregnancy and delivery and their children should be first in line to get vaccines, medicines, and food supplements that protect against pneumonia, diarrhea, malaria, and malnutrition. And if we need to go door to door to achieve this, we do what it takes. Reaching these women and their children is the great unfinished business of the MDGs.

JL: What motivates you to work on these issues?

LG: I was with someone I deeply admire a few weeks back and she said to me what we really need are more people who get angry on behalf of the poor.  And I thought about that phrase afterwards – getting angry on behalf of the poor – and it sat very comfortably with me. It is what motivates me – a deep anger at the reality of life for a majority of people on this planet through what is basically an accident of birth. There’s no justice in that at all – and this is particularly true for too many of the world’s women and girls who still face formidable obstacles in their struggle for the freedom to learn, to earn, and to control the number of children they have.

But it’s also incredibly exciting to live during a period where you can see what can happen in a country that lifts up women and children. It makes you wonder what a world would be like where half of the population actually achieved full participation and where the needs of children were put to the top of political agendas. I would love to live to see such a world.

JL: How can individuals contribute to the MDGs, specifically the health-focused MDGs?

LG: What comes to mind is one of the last notes that Gandhi wrote: “Whenever you are in doubt…recall the face of the poorest and the weakest person you may have seen and ask yourself if the step you contemplate is going to be of any use to them. Will they gain anything by it? Will it restore to them control over their own lives and destiny?”

In the final 500 days of the MDGs, if every person did just one thing each day that restored some control to the most vulnerable women and children in the world it would make a difference.