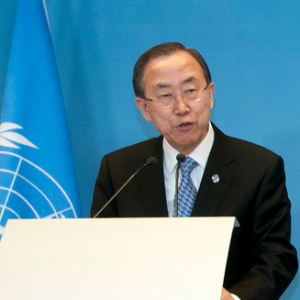 As global leaders gather in Addis Ababa for the 3rd International Conference on Financing for Development (FfD), the malaria community has outlined a vision for a malaria-free world and, in order to achieve it, called for increased investment in malaria control and elimination efforts around the world to bring an end to this costly scourge. A special side event titled Malaria Financing for a New Era: An Exceptional Case for Investment was convened by H.E. Prime Minister Hailemariam Dessalegn of the Federal Democratic Republic of Ethiopia, as host country of the conference and Chair of the African Leaders Malaria Alliance. Government leaders, UN officials and development stakeholders highlighted malaria as a cost-effective investment for development and urged greater commitment to build on the unprecedented progress seen under the Millennium Development Goals (MDGs). This call comes just months before the UN Member States plan to adopt a new set of Global Goals for Sustainable Development which calls for malaria elimination by 2030.

H.E. Prime Minister Hailemariam Dessalegn said, “I am now convinced more than ever before that we can achieve our ambitious goal and eliminate malaria from our continent.”

With greater coordination and increased financing, malaria has been one of the great success stories of the MDG era, with more than 6 million deaths projected to have been averted between 2000 and 2015, primarily of children less than five years old in sub-Saharan Africa. In that period, globally there has been a 58% decline in mortality.

Yet more than half of the world’s population remains at risk of malaria infection, representing an alarming threat to global development. The disease is still endemic in 97 countries and territories around the world. Each year, malaria costs the African continent alone an estimated minimum of US $12 billion in lost productivity, and in some high-burden countries it can account for as much as 40% of public health expenditure.

During this special session on financing for malaria elimination, leaders also presented a new strategic vision toward malaria elimination, outlined in the World Health Organization’s Global Technical Strategy for Malaria 2016-2030, which was previously approved by the World Health Assembly and lays out the technical strategy needed to continue driving down the burden of malaria, and the Roll Back Malaria (RBM) Partnership’s  Action and Investment to defeat Malaria 2016-2030 (AIM) – for a malaria-free world,  which charts the investment and collective actions needed to reach the 2030 malaria goals. Together, these complementary documents provide the technical guidance and a framework for action and investment to achieve ambitious malaria elimination targets and unlock unprecedented economic potential in communities around the world.

“As we move toward a new set of global goals for sustainable development, we have an unprecedented opportunity to put an end to the global threat of malaria once and for all,” said Mr. Ban Ki-moon, United Nations Secretary-General. “And we have the strategic vision to do so, as outlined in WHO’s Global Technical Strategy for Malaria and the Roll Back Malaria Partnership’s Action and Investment to Defeat Malaria.”

“Investing in malaria is one of the best buys in global health,” said Ray Chambers, the UN Secretary General’s Special Envoy for Financing the Health MDGs and for Malaria.  “As a businessman, I would urge every country to look at financing malaria control as an investment that will generate real returns as a key driver of growth, not as a cost.”

During this financing for malaria event, leaders highlighted the importance of both continued financing by the international donor community and increased domestic financing by affected countries, noting the need for these to be supplemented by innovative financing mechanisms that encourage deeper participation and investment by the private sector and which could include trust funds and malaria-related bonds.

“The next five years will be critical to get us on the right path to achieve the 2030 targets. We must close the funding gaps and double current malaria financing by 2020,” said Dr. Fatoumata Nafo-Traoré, Executive Director of the Roll Back Malaria Partnership.  “The amount is ambitious, but the investment carries a significant return and could save over 10 million lives, avert nearly 3 billion malaria cases and unlock over US $4 trillion in additional global economic output across the 2016-2030 timeframe.”

For the first time in history, the possibility of eliminating the scourge of malaria from the world is before us. It demands vision, courage, investment and patience over the next 15 years which would lead to faster reduction in poverty and accelerated economic development, enhanced educational attainment and vastly improved  national systems to respond effectively to health security threats.