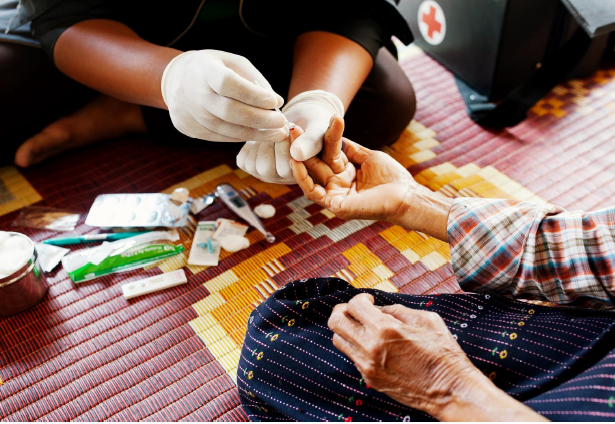 Bill Gates, Co-chair of the Bill & Melinda Gates Foundation, and Ray Chambers, the United Nations Secretary-General’s Special Envoy for Health in Agenda 2030 and for Malaria, today announced the launch of the End Malaria Council, a group of influential public and private sector leaders who aim to ensure malaria eradication remains a top global priority.

“The next chapter of the fight against malaria starts now,” said Gates, who co-authored a report with Chambers in 2015 called Aspiration to Action: What will it take to end malaria? “For the first time in history, we have a roadmap to a world without malaria – where no child has to die from a mosquito bite ever again. With renewed focus, innovation and new commitments of leadership and funding, we can be the generation to end malaria once and for all.”

The launch of the End Malaria Council comes just a month after the release of the World Health Organization’s 2016 World Malaria Report, which showed remarkable progress in reducing cases and deaths from malaria since 2000, but also underscored the urgent need for global leadership, new funding and innovation to stay on track to meet targets.

Members of the End Malaria Council will work in collaboration with the Roll Back Malaria Partnership and other key partners to help countries and regions achieve their malaria control and elimination goals. Members of the unique group will use their voices and networks to support the work already underway by malaria field workers, scientists and experts by focusing on three areas: building political will, mobilizing resources, and supporting the development of new tools to find, prevent and treat malaria.

The Council has nine founding members, a group of whom met on the sidelines of the World Economic Forum Annual Meeting in Davos, Switzerland to discuss strategies for filling critical financing gaps in Africa, Asia, and Latin America. The End Malaria Council will grow to represent all of the key malaria-endemic regions. Inaugural members include:

Thanks to strong leadership, smart investments and the hard work of the public and private sectors, the world has cut malaria deaths in half since 2000, saving more than 6 million lives from the disease. Malaria-related deaths are at an all-time low, especially among children under five in sub-Saharan Africa. This can be largely attributed to the unprecedented delivery of more than 500 million insectivide-treated bed nets over the last three years, along with significant expansion of diagnosis and treatment.

“We have reached a critical juncture in the malaria fight,” said Chambers. “To end this disease we need an innovative approach to financing – one that combines continued support from donor countries with new approaches to expand commitments, particularly from countries affected by malaria.”

Ending malaria is within reach, but the next few years are critical. Success requires maintaining the progress to date, achieving control in endemic countries and accelerating to elimination, where possible. Leaders in Africa and Asia have adopted ambitious elimination agendas for their regions, and countries are working hard to achieve the reductions in cases and deaths to meet the bold goals.

“Ending malaria was once an impossible dream,” said H.E. Jakaya Kikwete, former President of the Republic of Tanzania who lost a brother to malaria when he was a child and made malaria a key priority while in office. “It is now within our reach. It will take strong leadership and serious financial commitments, but I believe we can make history and end this brutal disease once and for all.”