Lancet Commentary: A Scorecard for Investments in Child Health

Article proposes approach for governments, policymakers, and donors to track and measure the impact of their investments in child health. 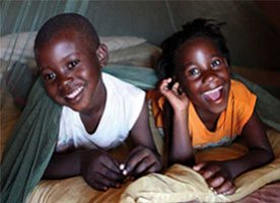 A new analysis published in The Lancet titled “Keeping score: fostering accountability for children’s lives,” reveals that more than 34 million children’s lives have been saved since 2000 because of investments in child health programs at a cost of as little as $4,205 per child.

This analysis, authored by  the Institute for Health Metrics and Evaluation (IHME) at the University of Washington and the UN Secretary-General’s Special Envoy for Financing the Health Millennium Development Goals and for Malaria,  builds off the work of an international collaboration of researchers and, for the first time, creates a scorecard that allows governments, policymakers, and donors to track investments in child health. Furthermore,  the scorecard allows stakeholders to link those investments to child deaths averted across countries in a comparable manner.

According to the new analysis, from 2000 to 2014, low- and middle-income country governments spent $133 billion on child health, and private and public donors – mostly in high-income countries – spent $73.6 billion.

Those funders channeled their money through a variety of agencies, which also are reflected in the new scorecard. For example, Gavi saved 2.2 million children’s lives, more than any other funding channel, while USAID, the World Bank, UNICEF, and the Global Fund all saved more than 1 million child lives each.

“You can spend $4,000 on many different things, but there are very few places where the money would deliver the kind of impact you get by investing it in child health,” said Dr. Christopher Murray, IHME Director. “If you invest in the poorest countries, you will see the biggest impact in child health because the costs of things like nutrition programs, vaccines, and primary care are lower.”

IHME and the Special Envoy’s office hope that the scorecard will be further developed and updated annually to measure the effects of investments, incentivize progress, and drive innovation to fill gaps in funding or interventions.

“We believe that this scorecard can and should be used after the end of 2015 to aid in tracking progress on the Global Goals for Sustainable Development,” said Ray Chambers, the UN Secretary-General’s Special Envoy for Financing the Health Millennium Development Goals and for Malaria. “We know that despite the efforts of governments and donors to improve health in low-income and middle-income countries, too many children die before the age of 5. Without a way to monitor and publicly share progress regularly, we will miss the opportunity to build on the momentum we have seen since the Millennium Declaration.”

The researchers developed the scorecard in response to the intense measurement needs at the end of the Millennium Development Goal era this year. The Millennium Declaration in 2000 set an ambitious goal of reducing the death rate in children under 5 by two-thirds in each country between 1990 and 2015. Since 2000, 136 of 138 low- and middle-income countries have seen reductions in child mortality, including many who have achieved the two-thirds goal.

But progress in reducing child deaths has been uneven. The authors argue that the scorecard “can be an important tool for fostering accountability and accelerating progress toward the crucial goal of preventing suffering throughout the world.” They see three main ways the scorecard could be used:

“If spending is going up and child deaths are continuing to rise or staying relatively flat, a country may need policy or technical assistance to diagnose the problem,” Dr. Murray said. “We have seen such incredible success in saving children’s lives over the past 15 years. We need to take what we have learned from that experience and push for more progress and more accountability as we enter the era of the Global Goals for Sustainable Development.”