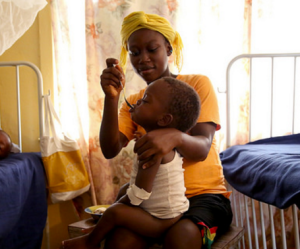 UNITLIFE, a new financing mechanism launched on September 28th, plans to use micro-levies on oil, gas, gold and other mining activities as an innovative financing revenue stream to fight chronic malnutrition in sub-Saharan Africa. The fund was launched during an event at the United Nations General Assembly, and the initiative was led by the United Nations Under Secretary-General in Charge of Innovative Financing, Mr. Philippe Douste-Blazy, and the Innovative Finance Foundation (IFF). Philippe Douste-Blazy is known for developing UNITAID, launched in 2006 to provide sustainable financing for HIV/AIDS, malaria and tuberculosis.

At the time of the launch, four countries had signed up to commit funds to UNITLIFE: the Republic of Congo, Guinea, Niger and Mali. The IFF hopes to bring in further countries and raise between $100 and $200 million a year in initial funding.

This funding will be spent on preventing and treating chronic undernutrition – also known as stunting. Globally, there are 159 million children suffering from stunting, mostly living in sub-Saharan Africa as well as South Asia. UNITLIFE aims to help prevent the health problems associated with chronic undernutrition, as well as the devastating effects that high stunting rates can have on a country’s productivity and economy.