Joining the battle against disease in Nigeria may net fixed income returns. This article originally appeared in The Financial Times. 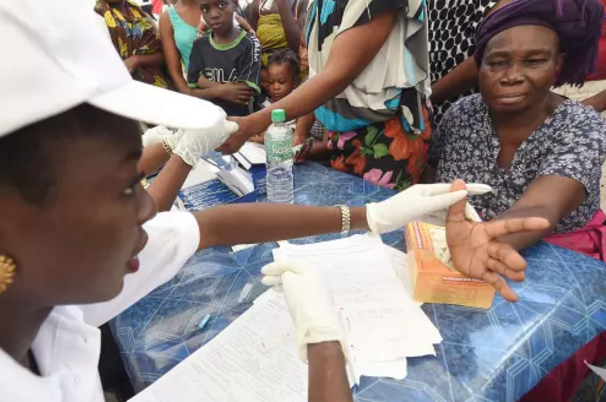 Malaria may not seem an obvious focus for financial markets but Nigeria plans an ambitious new instrument to tackle the heavy burden of the disease.

If it goes ahead, the Innovative Financing for Malaria Prevention and Treatment/Control Project (Impact) will seek up to $300m from investors to fund distribution of bed nets impregnated with insecticide for the country’s malaria control programme.

Investors with a conscience would have the option of a bond, either issued or underwritten by the World Bank, delivering a 3 per cent yield and the satisfaction of seeing their money tackle an important problem — with disbursement of the funds based on performance.

Ray Chambers, a financier who is the UN Secretary-General’s special envoy for health and malaria and has helped oversee discussions relating to the bond, sees considerable potential. “We are starting to see private equity groups raise significant funding for equity in social impact,” he says. “There appears to be a lot of interest.”

The Nigeria malaria bond is one of a number of initiatives in the field of healthcare funding, at a time when a global economic slowdown is prompting fresh debate about how to make limited resources go further and tap alternative sources of finance.

In Cameroon, the government is working with the World Bank’s Global Financing Facility alongside advisory and backers Grand Challenges Canada, Toronto-based Mars Centre for Impact Investing and UK’s Social Finance, on a more modest $4.5m-$6m “social impact bond”. The aim is to fund the expansion of “Kangaroo care”, a low-cost way to care for premature babies.

Devised in the 1970s as a simple alternative to incubators by maintaining constant skin-to-skin contact between newborns and their mothers, the approach has proved effective but is still not widely applied. Colombia’s Kangaroo Foundation and other partners would develop training programmes to expand the programme across several regions, with incentive payments based on meeting agreed targets.

“We have huge, competing priorities for maternal and newborn child health programmes,” says Dr Martina Lukong Baye, the co-ordinator at Cameroon’s ministry of public health and a strong advocate for the bond.

There is no doubt about the desire for such instruments from health organisations and governments and the idea of paying for performance appeals to many donors and philanthropists. Ventures such as the Global Fund to Fight HIV, TB and Malaria, along with Unitaid — an airline levy system focused on tackling the same diseases — have generated significant income based on this model. But for the past few years, there have been far more reports and meetings than money generated by additional finance mechanisms.

“I count seven social impact bonds for health that have been discussed but none of them has happened,” says Amanda Glassman, director of global health policy at the Center for Global Development, a US think-tank. “There is so much uncertainty over whether they can do the job that no one wants to put the money in.”

One issue is complexity — most are not really traditional bonds. A study by Social Finance identified 60, mainly in high-income countries in the fields of education, housing and criminal justice. Most were very small and just four have so far paid out bonuses based on strong performance.

There can be high costs and complexities in structuring them and uncertainties and heavy administrative burdens in measuring performance. Some also caution that they may distort countries’ own priorities.

Mr Chambers says social impact bonds up till now have been too small to appeal to large investment funds.

He even suggests that calls by US president-elect Donald Trump for the repatriation of profits held abroad by some US companies could offer fresh finance for such social purposes. “I think if we get a couple of big bonds out there and some of the large institutions to invest, that will really open the doors.”

Meanwhile, other sources of experimental funding for healthcare are being launched: from debt buy-downs by donors to “sin taxes” such as the levies on sugary drinks, which are channelled to public health programmes.

Ms Glassman says there also needs to be greater emphasis on government purchasing, with a focus on value. “We should work for more money and focus on what is best to provide.”